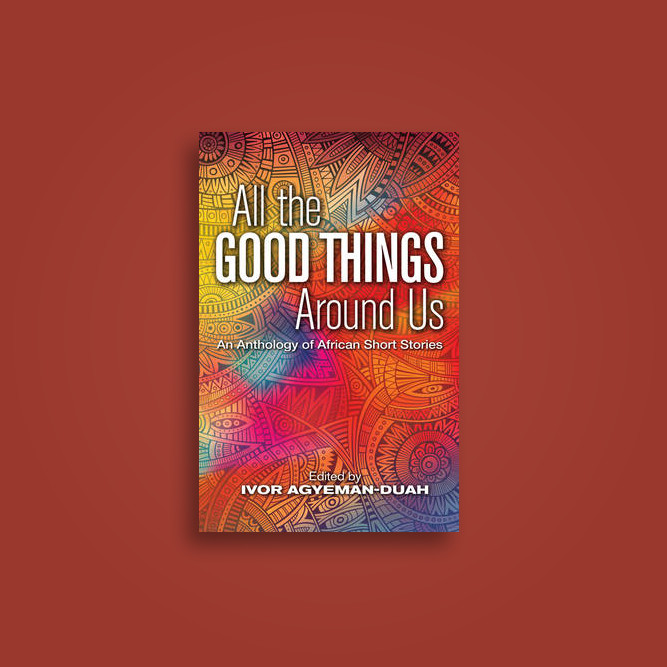 In our final reading in the Ghana Voices Series for 2016, Writers Project of Ghana and the Goethe Institute proudly present readings from the new anthology of African short stories, All The Good Things Around Us published in August 2016 by Ayebia Clarke Publishers, UK. The anthology, edited by Ivor Agyeman-Duah, features writing from across the continent and includes contributions from Ama Ata Aidoo, Chimamanda Adichie, Taiye Selasie, Sefi Atta, Tsitsi Dangaremba, Martin Egblewogbe, and several others.

The editor, Ivor Agyeman-Duah, is the Director of the Centre for Intellectual Renewal in Ghana and was special advisor to Ghanaian President Kufuor from 2009 to 2014, focusing on international development co-operation. He had previously worked as Head of Public Affairs at Ghana's Embassy in Washington, DC and later as Culture and Communication Advisor at the Ghana High Commission in London.

He is co-author of two appraisal and advocacy anthologies, Assessing George W. Bush's Africa Policy (2009) and Assessing Barack Obama's Africa Policy (2014). He is also editor/co-author of the following books: Pilgrims of The Night: Development Challenges and Opportunities in Africa (2010), Africa: A Miner's Canary Into The Twenty-First Century -- Essays on Economic Governance (2013) and An Economic History of Ghana (2007).

The recipient of fifteen awards, fellowships and grants from around the world, Ivor has also co-authored Bu Me Be: Proverbs of the Akans (2007) with Peggy Appiah and Kwame Anthony Appiah and Essays in Honour of Wole Soyinka at 80 (2014) with Ogochukwu Promise.

Do join us for an exciting evening of readings and interaction. Copies of the anthology will be on sale.