Authors for May -- Margaret Rouse-Jones and Estelle Appiah 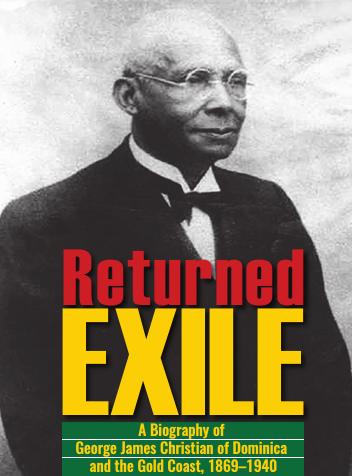 For the month of May 2017, Writers Project of Ghana and the Goethe Institute, Accra present a reading from the biography, Returned Exile: A Biography of George James Christian of Dominica and the Gold Coast, 1869–1940, with co-authors Margaret D. Rouse-Jones and Estelle M. Appiah.

Returned Exile is the first full-length biography of George James Christian, originally from Dominica, who qualified as a barrister-at-law in London and was a participant in the first pan-African conference. He migrated to the Gold Coast in 1902, shortly after which he established a legal practice that successfully served a wide range of clients. His correspondence with his friend, the renowned Dr James Kwegyir Aggrey, during the establishment of Achimota College, provides fresh data on this important Ghanaian institution.

The book also sheds light on Christian's practice as a lawyer and his service in the Legislative Council from 1930-1940. It provides an account of his role as honorary consul for Liberia, his involvement as a Freemason, businessman and philanthropist and as a doyen of the West Indian community in the Gold Coast. 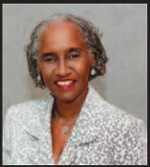 Margaret D. Rouse-Jones, professor, historian and librarian, retired as University/Campus Librarian, University of the West Indies (UWI), St Augustine, Trinidad and Tobago after a career which spanned almost three decades. She is a graduate of UWI, Johns Hopkins University and University College, London.

Margaret Rouse-Jones has been active in the library and information profession locally, regionally and internationally. Her scholarship spans the field of history, historiography, biography, Caribbean bibliography and librarianship. She received several awards throughout her career. In 2011, she delivered the 2nd Ken Ingram Memorial Lecture at UWI Mona, and in 2012 the 7th Dame Eugenia Charles Distinguished Lecture for the UWI Open Campus, Dominica. Both lectures featured research on George James Christian. 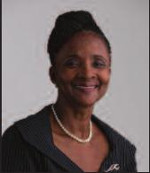 Estelle M. Appiah was Director of Legislative Drafting, Attorney-General's Department, Ministry of Justice, Ghana from January 2005 -- March 2011. She currently works as a legislative drafting consultant. Estelle has law qualifications from the U.K., the University of Ghana and the University of the West Indies, and has published and written on a variety of subjects including mental health legislation, the legislation of Anti-Corruption Initiatives in Ghana, terrorism, the proliferation of small arms and West Indian Patriots in West Africa.

Estelle Appiah is the grand-daughter of George James Christian.

Do join us for another informative and interactive reading session with Estelle and Margaret. Copies of books will be on sale.

WPG is a not-for-profit organisation dedicated to helping Ghanaian writers explore and affirm their identity and culture.