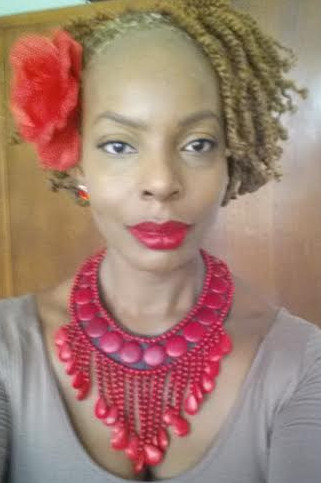 Writers Project of Ghana and the Goethe Institute proudly present Esther Armah, our author for the month of August.

On August 26th, 2015, from 7.00 PM, Esther Armah will feature at our public reading and interaction event at the Goethe Institute in Accra.

Esther Armah is an international award-winning journalist working in print, radio and television. She is also a playwright, writer and lecturer.

Esther teaches at Ashesi University, African University College of Communications and Webster University in Ghana. She is host and executive producer of the weekly radio talk show 'The Spin', a global production via BBC Accra and NPR New York which airs on Ghana’s Citi FM every Wednesday at 7.05 PM, and across the USA in New Jersey, Arizona, North Carolina, South Carolina, Iowa and Mississippi.

Esther lived and worked as a journalist, playwright, television commentator and multi-media producer in New York for 8 years, hosting the daily breakfast radio talk show on WBAI99.5FM for which she was awarded 'Most Valuable New York Radio Host' by the prestigious The Nation's 2012 Progressive Honor Roll. She also worked for 10 years as a print, radio and TV journalist with BBC in London and has been on BBC Focus on Africa, CNN, MSNBC, HuffPostLive as a TV political commentator. In addition, Esther has written for Gawker, Gawker review, AlterNet, Essence magazine, Ebony.com, Salon.com, Huffington Post, The Network Journal, The Guardian newspaper, and West Africa magazine. In her work as a journalist, she has reported from London, New York, Washington DC, Philadelphia, South Africa, Kenya, Nigeria, Lesotho and Ghana.

Esther Armah is the author of four plays: Can I Be Me?, Forgive Me?, Entitled!, and SAVIOUR?, all of which have been produced and performed in New York and Chicago.

You are cordially invited to join us for this interactive session with Esther Armah as she reads from her works.