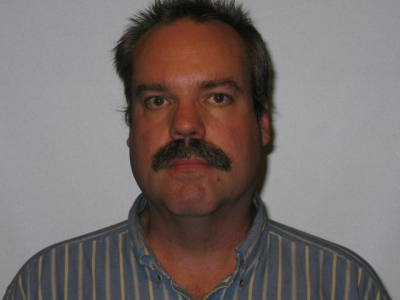 As I write this, the bell on the clock tower of the Balme Library here in Legon is striking the quarter hour. It is just past five, and in 2008, on an evening such as this, the bell kept interrupting video recordings of poetry readings that we were having on the lawn outside my office. Laban had this small hand-held video recorder, and about six of my friends and I were reading poetry.

That event was the first of a few that we organised after we first met. Laban was then a visiting scholar teaching at the University of Cape Coast.

Of course, at a time like this, many memories come flooding in, and it takes effort to keep the spillways intact. For sure some of these memories are amusing, for example, an evening event we attended which featured music performed by the remarkably named Reverend General Big D and his colourful cohort of dancers, some are exhausting even to remember, such as a vehicle breakdown in the middle of the evening rush-hour on the N1 Highway then under construction -- we were headed to see Mamle Kabu regarding the Writers Project of Ghana, of which she is currently a director. Many of these activities, if I may call them so, eventually led to the founding of the Ghana Poetry Project, which subsequently became the Writers Project of Ghana. I also remember a meeting we had over lunch with the former mayor of Accra, Mr. Nat Nunoo Armateifio regarding the setting up of the radio show, Writers Project on Citi FM. Mr. Armateifio, having listened to us, picked up his cellphone to arrange a meeting with management of Citi FM. “At my age,” Nat quipped, “If things are not done immediately, one might find they have to do them posthumously.”

The spillways must be controlled, and this piece will be kept short, and so I will not go into much detail about the creation stories of WPG.

Now Death, like the inevitable passing of the hour and the chiming of the bell, has called Laban in, and he now joins the silent ones. Or the ancestors. I prefer that to the “silent ones” though, because through his writing and his work, Laban’s voice lives on. He was author of more than thirty books (he sent me an autographed copy of Dave the Potter when it was published, and which I cherish). Laban and I also edited the Writers Project of Ghana’s first poetry anthology, look where you have gone to sit (Woeli Publications, 2010).

Laban connected very well with people. From when we met, he became friends with many in the writing fraternity in Accra, and we all enjoyed his sense of humour, his open-ness, and his ability to make people feel at ease. I am sure that this was as well the case with the people he had interacted with before we met. Our early programmes brought together many of the people who had formed the core of Open Air Theatre, a literature show that ran on Radio Univers at the time. We were invited to some programmes organised by the Association of Students of the English Language (ASEL), thereby expanding our networks into the student fraternity and faculty of the English department here in Legon. These networks were very important in setting up WPG and fashioning out our programmes, including the first workshop series, the radio programme Writers Project on Citi FM, the publication of our first anthologies, and more, including Laban’s connection with the American Embassy here in Accra, which expanded our contacts, and led to us organising several common events.

Laban put in a lot of effort in steadying the first steps of the Writers Project of Ghana. Through direct involvement when he visited Ghana, and guidance and advise when he was in the United States, his impact has been great, and WPG owes a lot to him. And of course, we miss him terribly.

Canadian writer Rob Taylor had spoken to Laban about me, and when Laban read my poem “An Old Felt Hat” published in An Anthology of Contemporary Ghanaian Poems (Woeli Publications, 2002), he got in touch. On October 26, 2008 he e-mailed, in part:

Hi Martin,
It’s late on a Sunday evening and I was sitting down to choose a poem from An Anthology of Contemporary Ghanaian Poems for a class I am teaching on poetry this week. I came upon your poem “An Old Felt Hat”, and I just had to sit down and write you.


Publisher Woeli Dekutsey subsequently arranged for us to meet at a book launch in Accra. That first meeting marked the beginning of a friendship, and as I have earlier pointed out, the Writers Project of Ghana. I wrote “An Old Felt Hat” to mark the death of my friend, and it is quite special to me because of that. It has become more so now. I will end this short piece by which I pay my respects to Laban, with it.

Laban Carrick Hill was co-founder of the Writers Project of Ghana and died at home in Winooski, Vermont, USA, on 15 February 2021. His obituary can be read here.

My friend Ben
Who died and was buried
Without telling me...

A year and a half since that chilly night
That I, a stranger, spent in your room
Eighteen months since I first met you
It seems I’d known you all my life.

What memories of us shall I most hold dear?
Those walks, those talks, in Nkoranza
A bicycle ride to Sessiman
At breakneck speed down the dangerous hill.

So many things in my memory:
The little Latin book on your unruly desk...

I remember you quite distinctly
Running stiff-legged down the sloping road
Pressing one hand on that old felt hat
To keep it from falling off your head.

That sunny afternoon one year ago
I had a premonition of death
I knew that you were going to die
And this was how I’d remember you.

God rest your soul, my brother man!
I'll remember you, and your old felt hat.

“An Old Felt Hat” was published in An Anthology of Contemporary Ghanaian Poems, Woeli Publications (2002)